Posted on October 27, 2017 by Sandeep Kishore Posted in Articles by Sandeep, Social, World 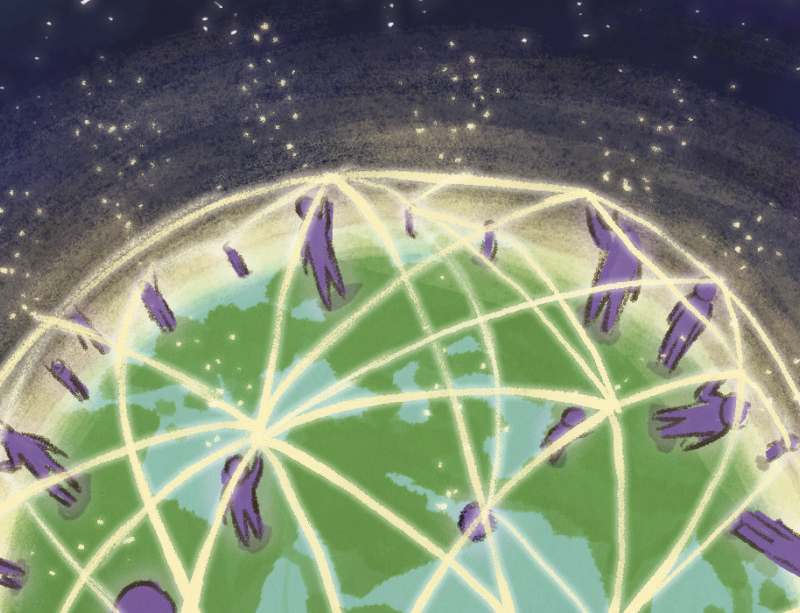 When it comes to social media, the right hashtag can send a tweet soaring. Hashtags are all about getting the word out. #HurricaneHarvey, #PuertoRico and #MumbaiRains are painfully fresh after a banner year for natural disasters. Social media is the shiny object of the internet — reviled by many for its relentless distractions, heated public debates and click bait.

In 2017, social media set the record straight. Hurricane Harvey ravaged the sprawling, freeway-centric city of Houston. The ensuing rains wreaked a twisted havoc on the huge metropolis. It seemed at first that this oil and gas town was ready for anything including major loss of life, not unlike Katrina in 2005. But in the twelve years since Katrina, something unexpected happened — technology became social. Twelve years is a lifetime of growth in technology years. When Katrina devastated New Orleans in 2005, Facebook was just a baby and Twitter was still a twinkle in its founders’ eyes.

Every sixty seconds, an average of three million statuses are updated on Facebook. More than four million videos are viewed on YouTube. On Twitter, nearly half a million tweets are sent around the world. YouTube has one of the largest followings on Twitter, double dipping in the social media realm. While celebrities have the most popular accounts on Twitter hands-down, many major news outlets, government agencies, law enforcement and charitable organizations have gone from testing the social media waters to jumping in. Users have adopted social media more and more. The simplicity of Twitter, the visuals of YouTube and the almost non-existent learning curve of Facebook make connecting with friends and getting news a snap.

Citizens around the world scooped stories from right out under the nose of many major news outlets in the summer of 2017. Footage of flooding from rains, earthquake rubble and island nations that were stripped bare ran rampant on the once amateur-only social media channel, YouTube. Those in the thick of things reported it themselves, not waiting for it to make it to the news. Users shared stories pertinent to their local area. Those in need reached out for rescue. Those who could help offered assistance. Some news reports centered solely on a social media status update given by a resident in their local area. In the US, social media users created Facebook groups and sent tweets which were often retweeted by law enforcement and rescuers. Stories emerged quickly from a combination of sources about individuals coming together to help those worse off than themselves. The news became a concerted effort. A new phenomenon, previously only seen in small doses, unfolded right before the eyes of the world during these natural disasters — social media good Samaritans came to the rescue.

In Dickinson, Texas, the owner of a private assisted living facility tried without success to reach inundated emergency services to rescue elderly residents trapped in waist-high water. Exasperated, the owner texted a picture to her daughter in Florida. The daughter’s husband tweeted the picture asking for help. Although some believed the photo too alarming to be authentic, the picture went viral. Emergency services were made aware of the situation and all of the residents, including a cat, were rescued. Footage of a dramatic horse rescue from raging waters received twelve million views in short time. Photos of a destroyed Puerto Rico allowed many of us to empathize — and even feel helpless — over the country’s tragedy. The challenges of lack of power did not stop the residents of Puerto Rico from using social media in a cry for help to the world. In Mexico City, a woman trapped in the rubble of the massive earthquake sent multiple text messages to her husband via WhatsApp. After a sixteen-hour delay in receiving the messages, the woman’s husband was able to help rescue workers pinpoint her location using the texts. His wife and three others were found and freed. Rain-deluged Mumbai residents created the #RainHosts hashtag to direct those in need of sanctuary to their open doors. “Feel free to come over and wait this storm out. You will be subjected to chai and conversation.” Mumbai Live News even tweeted “Where are #RainHosts?” in an effort to share shelter options to Mumbaikars. One tweet included a picture of a man, said to be a resident of a nearby slum, handing out biscuits to stranded passengers on a bus. The tweet was accompanied by the hashtag, “#humanity.” The viral tweets, images and stories that emerged during these natural disasters showed the vulnerability of individuals everywhere. Seeing ourselves in their shoes gave us courage to reach out. Social media had created the ultimate peer-to-peer network.

By summer of 2017, nearly two-thirds of Americans were already getting their news from social media. A tap of the thumb on the Twitter or Facebook app often opens to trending news. Natural disasters, with their unpredictability, create a sense of urgency among not only those affected but those with loved ones touched by disaster. Options to share news and provide feedback are a simple task for many. Sharing and commenting fill a need for social media users. In moments a user can go from informed to informer, becoming an active participant in the news and current events. Traditional newspapers filled a need by informing the reader with only the occasional Letter to the Editor as feedback. News via social media is now a freshly paved two-way street.

Our world is much, much smaller than ever before. Once-seemingly faraway places are now just around the digital corner. We are neighbors in today’s internet-driven space. Like most things in life, social media is brimming with both good and bad. The choice is ours. Social media is meant to be social. Sometimes that means reaching out to strangers. We can’t underestimate its value for the greater good. We must understand that the benefits outweigh the risk. In this world which is bursting at the seams, we must trust that people are still people. We too are vulnerable to hardship and adversity. We can no longer rely on anyone. We must rely on everyone. #humanity