Hearts Reinvigorated — The World Comes Together for Thai Cave Rescue

Posted on July 10, 2018 by Sandeep Kishore Posted in Courage, World 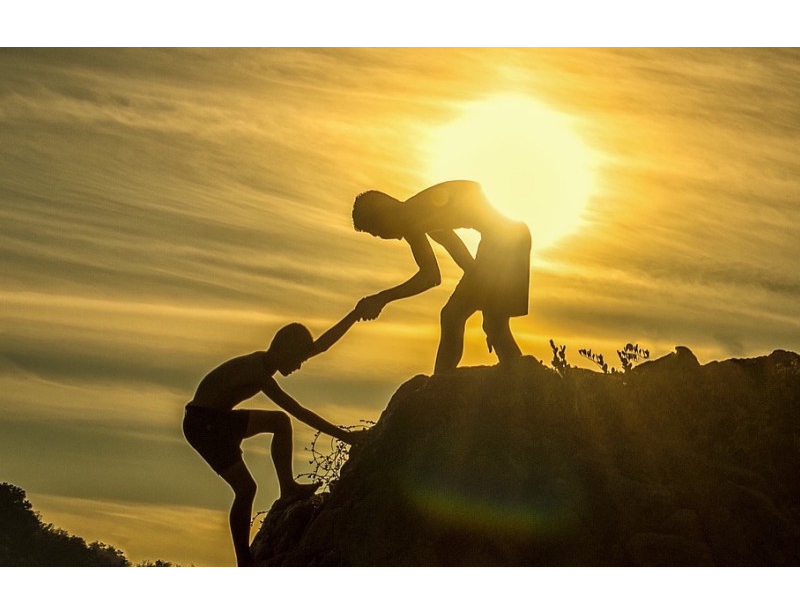 It was just another day after soccer practice when twelve boys parked their bikes outside Tham Luang cave in northern Thailand and walked into the cave with their coach. This was not the first time they had done this. It was meant to be a simple expedition, a few minutes to explore and scratch the itch of curiosity. Unexpected torrential rains flooded the cave, trapping the team deep in the cave.

Today, eighteen days later, the last of the team was safely rescued from the cave while the world watched and cheered them on. The coach, who was the first in, was the last out. During the rescue operation, volunteers from around the world arrived in Thailand. The innovative kid-sized diving “sub” sent by Elon Musk went unused, though the fact that he stepped up in such a meaningful way clearly demonstrated just how connected we all are. Thai Navy SEALs, along with an amazingly talented and global set of expert divers, brought the boys and coach to safety after nine highly-charged days of strategy, preparation and unbelievable hard work. From the time the team went missing to today’s last undertaking, the world has been witness to courage, bravery, grit, determination and willpower. We are driven to come together in adversity with an unflinching conviction to overcome the same. Human belief in overcoming even the most difficult of challenges is key to faith in humanity.

The footage shared by British divers who came upon the team trapped in an air pocket was both heart-wrenching and heartwarming. The joy of seeing them safe, coupled with the frustration of not being able to rescue them immediately, was soothed somewhat by the diver’s words, “Many people are coming. We are the first.” I had this same mix of emotions during the Chilean mining accident, Copiapó, already eight years ago. My hope then was like my hope now — it included both fear and excitement, and prayers for all of them throughout the rescue operation.

We’ve watched twelve young boys and a young man stay still and wait. Wait with faith and conviction for others to come to their rescue. We learned how Coach Ake trained as a Buddhist monk and taught the boys to meditate to remain calm during the ordeal. We felt kicked in the gut and deflated over the loss of diver Saman Gunan, who died while delivering oxygen to the boys. We have witnessed a remarkable display of teamwork and leadership on so many levels — from simple soccer practice to Thai Navy SEALs to the willingness of the Thai government to accept the help of the world’s best divers. What is it about these boys, their coach and this incredible rescue effort that let us open our too-often discriminating hearts? These young boys remind us what it is like to be vulnerable, innocent and trusting. They let us remember what it’s like to champion others. We needed to see this unfold exactly the way it has. Whatever it was that touched our hearts, it was a gift to us. We needed this potent reminder of kindness shown toward this resilient group of everyday boys.

Today we feel good about the world. It has been a much-needed refresher course in humanity at its finest. Being there for this Thai soccer team has reinvigorated our hearts.