Jobs in the Age of Artificial Intelligence

Posted on March 5, 2017 by Sandeep Kishore Posted in Articles by Sandeep, Digital, Technology 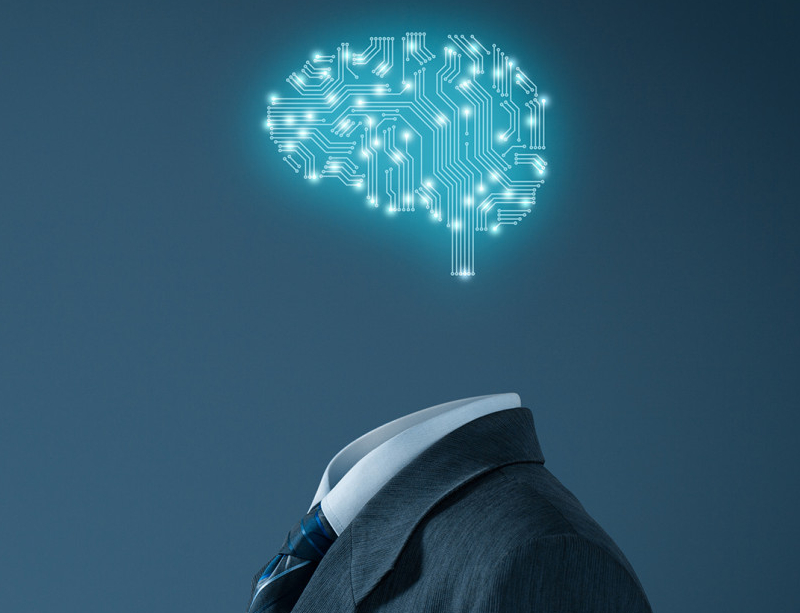 Much to our credit, we have quite an imagination. One bright idea in our brain, one plausible figment in our imagination and soon we have a theory that’s hard to shake. We ideate. We design. We create. We prototype. The brainchild baton is passed from thought leader to thought leader. Before you know it, we have progressive disruption on our hands. It’s safe to say that artificial intelligence isn’t going away. Yes, it will affect jobs in many ways. Anxiety over its economic impact is valid.

You Say You Want a Revolution

Historically, advancements in technology have created far more jobs than they’ve crushed. Economist John Bessen explained the cause and effect of automation and new jobs during the first Industrial Revolution. Weaving is a skill and art that dates back over 10,000 years. Yet advances in the loom forced weavers to adapt. Looms became mechanized over time, first by steam power and later by fly shuttle. Its use exploded with the introduction of the mechanized Jacquard Loom in 1801. Creating complex textiles became much easier. Patterns were stored on punch cards giving the weaver the ability to repeat the pattern. Cheap cloth was produced in much greater quantities with far less labor. Its demand skyrocketed. Weavers didn’t roll out the welcome mat at these advances. In fact, they were met with significant dissent. In the end, automation of the loom created many new jobs to fill the high demand for cheap cloth. Automation didn’t quash the weaver — it changed the weaver’s role.

The Industrial Revolution brought other innovations that caused some anxiety. Inventions like the automobile, computer, telephone and airplane each met with criticism and concern. Hard to believe now that they would cause such concern. Can you imagine not having a car, laptop, cell phone or the choice of airline travel? In the November 2016 issue of Wired, President Barack Obama said, “Historically, we’ve absorbed new technologies, and people find that new jobs are created, they migrate, and our standards of living generally go up.”

In its 2016 Future of Jobs report, the World Economic Forum shared its findings on the near-future job landscape in key countries and geographic regions. Overall, the WEF expects office and administrative jobs to be hit the hardest with a decrease in 4.7 million jobs by 2020. Manufacturing and production can expect 1.6 million jobs lost. The number of jobs lost to technology may not hit below the belt just yet, but there is no denying that artificial intelligence and technology are poised to change the economic landscape forever.

Rolling up our Digital Sleeves

We’ve yet to see an industry where AI can’t play a role. Robotics, biotech, medical care, environment and genetics will all be boosted by AI. Artificial intelligence will touch almost every aspect of our lives. For some, it’s a tough pill to swallow. For others, it’s exciting. For all, it’s inevitable.

While studies and surveys show jobs in the negative, some jobs are more likely than others to lose out to automation. Artificial intelligence is most likely to have impact on jobs which are repetitive, routine and predictable — assuming AI has the data to replace those jobs. One big caveat for AI: it needs data.

Like the weavers in the previous example, jobs will change in nature. In many cases, workers will be required to upskill or adapt to new processes. In some cases, they may be required to learn a new skillset altogether.

A mechanic, for example, may worry about his or her job in the era of self-driving cars. Cars, self-driving or not, will still need repair. Mechanics may, however, be required to develop programming skills. Cars will self-heal with software updates that take place unnoticed by the car’s owner. That same software will predict and prevent a variety of issues. That doesn’t make the mechanic’s job obsolete, but the scope of his work will be redefined.

Architects and construction workers may find themselves with a sweeping new set of skills. A smart home now will look very different in the future. In the future, those balloons heralding homes for sale may mean automatic atmospheric stabilization to prevent the growth of mold. Lush, green lawns that don’t require mowing. The prevention of unauthorized visitors in the home — who wouldn’t want that for their latch-key kid? Building materials, including the walls and foundation, may be printed 100% using 3D printing.

While artificial intelligence will greatly impact jobs, statistics from the US Bureau of Labor Statistics show growth across many industries.

Let’s not forget about jobs in the field of artificial intelligence itself. AI will offer an abundance of jobs for engineers and technicians to design and develop AI systems, platforms, maintenance, tune and train neural networks and algorithms and add or update content. Not to mention a whole host of jobs we can’t predict.

3D Printing. Recently, London-based company Ai Build harnessed artificial intelligence to 3D print the aptly-named Daedalus Pavilion, a sixteen-foot-tall plastic structure for exhibition at the GPU Technology Conference in Amsterdam. By incorporating artificial intelligence, Ai Build was able to print the 48 pieces of the structure in two weeks — as opposed to months. Not only was this more cost and time efficient, it put 3D printing for large scale projects front and center.

Global revenue in 2016 from 3D printing (formally known as Additive Manufacturing) is estimated at $13.2 billion USD. In 2020, that number is expected to increase to nearly $30 billion USD. This emerging industry will no doubt be rife with jobs specializing in medicine, architecture, wearables and other consumer goods. Not all jobs require an engineering degree or CAD. A recent job posting for Additive Manufacturing Technician listed two basic requirements: a high school degree or GED and five-plus years of manufacturing experience. More importantly, SpaceX prefers someone who possesses excellent communication skills and can drive engagement with others.

Self-Driving Cars. Still a few years from public sale, the autonomous car industry is making noise. With global revenue of $10 billion USD in 2016, the autonomous vehicle industry has barely scratched the surface. By 2021, those figures will skyrocket to $40 billion.

Getting self-driving cars on the road is much faster than building freeways. Carmakers are raising the bar to convince the unconvinced and cut through the red tape surrounding the sale of the cars. Waymo’s Chrysler Pacifica minivan is built for the intricacies and obstacles of city traffic — including pedestrians and cyclists. With custom LiDAR sensors for complex detection, it’s easy to see the appeal of the driverless car. Autonomous vehicles cars are expected to prevent up to 90% of traffic accidents and greatly reduce the number of cars on the road. As driver adoption increases, road congestion will ease. And the time you’d have spent at the wheel can be used more productively — to respond to emails, scour your daily must-reads or engage in meetings from your car.

In an industry where drivers need not apply, this disruptive technology is hiring. A quick search for job openings returns this top result: QA Engineer. Employer? Mercedes Benz. For a job like this, you need to be able to script in Python, Bootstrap and JavaScript, for starters. Other jobs include mechanical engineer, machine learning engineer, navigation engineer and LiDAR perception engineer.

As business, commerce, science, cities and transportation adopt artificial intelligence, its impact over the years will be one for the history books. We must adapt and be flexible. We must future-proof our job skills and be ready for change. Schooling and on-the-job training will become commonplace. Companies don’t want to interrupt the already-fragile transition in technology by simultaneously introducing an entire new workforce. There is opportunity here. Not to simply save our jobs, but to enhance our jobs and our learning. Students entering college must be resourceful in studying for jobs not yet created. AI will trickle down to every job and industry, some more than others. Work that is heavily centered on social interaction, empathy and creative thinking will be impacted the least. Human emotion is the vulnerability of AI — sometimes.

We’re up at bat. The fastball that is AI has just left the pitcher’s hand and is hurling toward us at a ferocious pace. It’s nerve-wracking for some. If we don’t swing at good pitches, we are out of the game. If we swing, we have a chance to stay in the game and play in the game. The more we swing, the more comfortable we are with the fastball that is AI. When we understand how it works and how to adapt and work with this technology, we’ll welcome it. And we’ll hit a homerun.

this article was originally published on LinkedIn on Feb 28, 2017